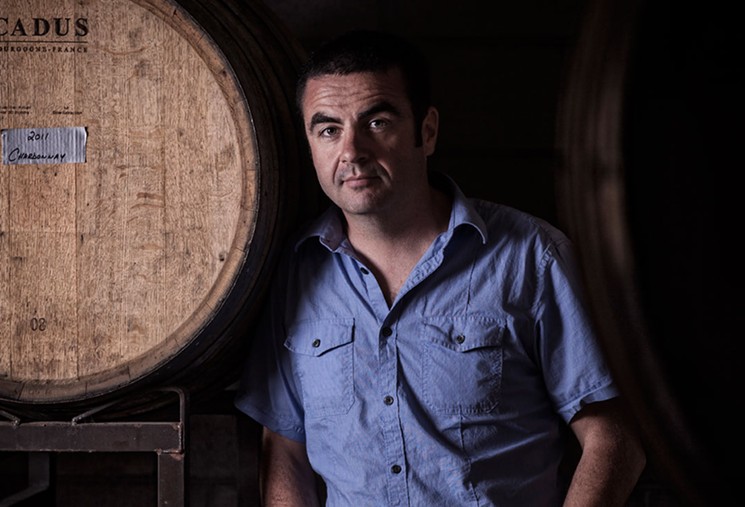 We are excited to announce our first ever Slow Food Social Speaker, Ben Parsons, head winemaker of the Infinite Monkey Theorem. Join us on March 7th, 2018 from 6-7:30PM at our first Slow Food Social, to enjoy a glass of local wine, meet some new friends and learn about the story of the winery!

“Originally from Southern England, Ben Parsons’ first experience in the wine industry was as a young graduate salesman for Laytons Wine Merchants in London. From Laytons, Parsons moved to Fuller’s, a smaller wine merchant better known for its West London brewery and London Pride beer. His network of industry contacts persuaded him to follow his passion. Excited to learn more about the production side of the business, Parsons headed to break his first harvest in New Zealand at Nobilo Wines in the Marlborough region, under the guidance of chief winemaker and viticulturalist Darryl Woolley. It was there that he realized this is what he wanted to do for the rest of his life.

In July 2000, Parsons moved to South Australia to complete a Graduate Diploma in Viticulture and Oenology at the University of Adelaide. He graduated in 2001 at the top of his class. While surprised to learn that a wine industry existed at all in Colorado, he applied to and was offered a winemaking position at Canyon Wind Cellars in Palisade, Colo., where he served as winemaker until 2005. At the same time, Parsons also established a successful wine consulting business that helped many of Colorado’s emerging wineries and growers. In 2005, Ben moved to Southern Colorado to work with Sutcliffe Vineyards, for which he’d consulted previously, transforming the winery from a 400-case to 3000-case operation.

In 2007, Parsons’ father passed away following a battle with colon cancer. To honor their shared dream of starting a winery, he wasted little time in hatching a plan to build Colorado’s first urban winery. He spent the summer of 2008 driving across the country buying used wine equipment which he then used to create The Infinite Monkey Theorem wines. By founding The Infinite Monkey Theorem Parsons strived to raise the flag of the Colorado wine industry, guided by innovation and creativity.

In 2011, Parsons successfully launched TIMT’s first-ever canned wine and later that year launched the winery’s first wine-on-tap program. TIMT’s canned line is available across the country at notable grocery stores and retailers. In November 2015, Parsons and team opened the first Texas TIMT location and a second Colorado location at the Stanley Marketplace in March 2017. In 2016, TIMT was Colorado’s top selling winery.

When not crushing grapes, he’s an avid Manchester United fan, following his beloved football team at The Three Lions pub. He lives the Colorado dream by hiking, biking and skiing, as well as indulging in dining and drinking.”