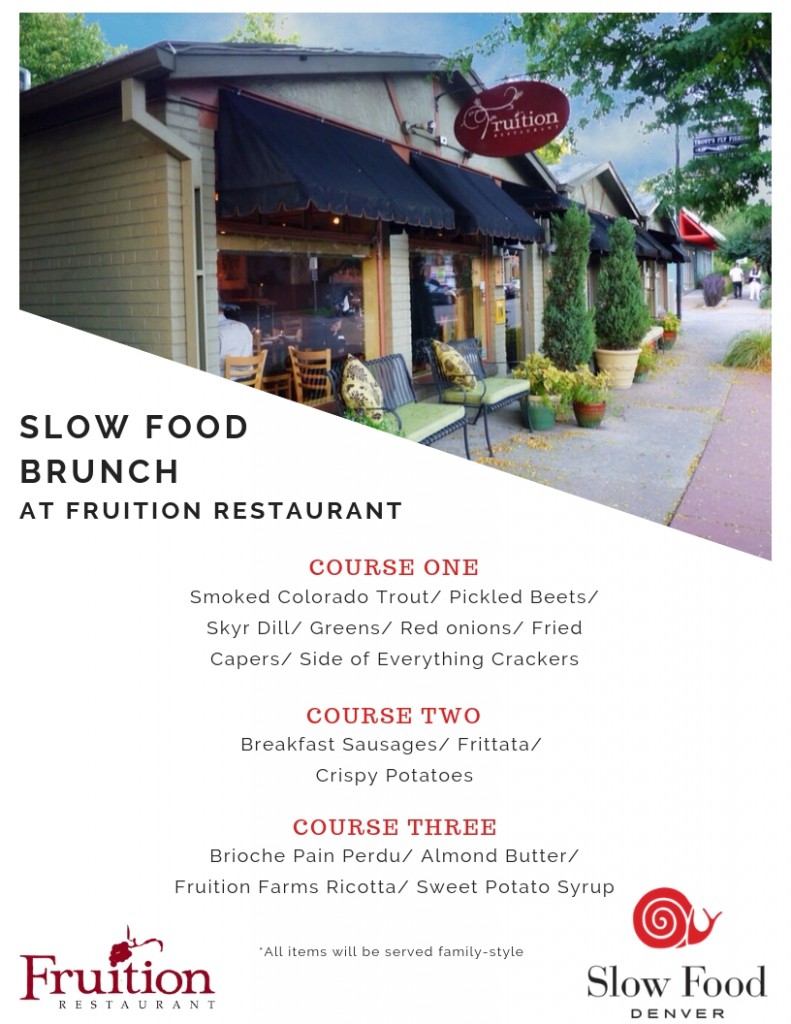 Join us for a Slow Food-inspired BRUNCH at Fruition Restaurant on Sunday, October 28!
Featured local producers to be announced.

About Fruition Restaurant:
Opened in 2007, Fruition Restaurant is a showcase of Chef Seidel’s passion to create approachable, delicious food without the pretense of fine dining. Fruition is perennially honored as one of the top restaurants in Colorado and helped earn Chef Seidel a spot on Food & Wine Magazine’s Best New Chef list in 2010.
In 2009, driven by a desire to learn more about food sourcing and production, Chef Seidel purchased a small farm outside of Denver that would soon become Fruition Farms Creamery. The 10-acre plot is home to the first artisanal sheep’s milk creamery in Colorado, along with Heritage Breed hogs, Italian Honey bees, and a fruit and vegetable garden.
In the fall of 2015 Seidel opened Mercantile dining & provision, a restaurant and European-style market in Denver’s Historic Union Station. Beyond what is offered in the dining room or the marketplace, Mercantile bridges the information gap between farmer and consumer. In connecting the dots, he hopes to instill in guests the same appreciation that he has for those involved at each step in the process of going from farm to table. From farmer to chef to server, each has a hand in both preserving and dictating the story that each dish tells.