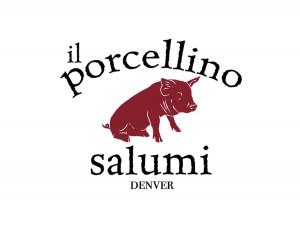 Located in northwest Denver’s Berkeley neighborhood, Il Porcellino serves as a production facility, retail shop and delicatessen. You won’t find a Coke to go with your soup and sandwich here because all of the items are made in Colorado.

“We like to source everything from Colorado,” Bill Miner, chef and owner of Il Porcellino said. “And for us it all about flavor, flavor and flavor.

Miner, a native Ohioan, moved to Colorado at the age of 20 and landed his first restaurant job as a dishwasher. Soon, he took an interest in making the food rather than scraping it off patrons’ plates. “I started working in the kitchen and eventually went to culinary school at the Art Institute.” He proudly said, “I graduated at the top of my class.”

Miner eventually made an unexpected jump into the world of cured meats. “I was the executive chef of a catering company for ten years. Catering is very seasonal, and during the slow months I figured out how to cure meats,” he said. “As a chef you always want to figure things out. I started out with bacon, mortadella, Italian sausage and it went from there. Before you know it, friends and family were telling me to figure out a way to sell my cured meats.”

Pork hogs most of the attention at Il Porcellino, which translates as the piglet in Italian. “We do some things with cow and lamb, but 85 percent of what we make are pork products,” Miner said.

Miner said finding the most flavorful pigs is what makes his products award-winning and better than the mass-produced alternatives. He carefully selects and uses only heritage breeds at his facilities. Heritage breed are links to a past before industrial agriculture became a husbandry norm and animals had natural diets without antibiotics.

Miner said: “In the 80s and 90s pork got a bad rap. It was labeled the other white meat. Farmers were breeding pigs to be not fatty. True pork is red. You want it red, and you want it fatty. Fat equals flavor on that animal. That’s what we use, that fat, to make our sausage and our salami.”

Flavor is critically important to Miner, but it is far from the only consideration. He remains equally concerned with the animal’s quality of life.

“It’s all about how the animals are raised, what they’re fed is super important to us. Being fed a non-GMO diet, being able to forage on natural things is huge as well. Whatever they eat comes out in the flavor of the meat,” he said. “You don’t want to work with anyone whose animals are confined in a pen and given antibiotics. Animals need to be able to roam freely and be happy animals. If they’ve had a happy life, they are going to give you a nice, quality product.” 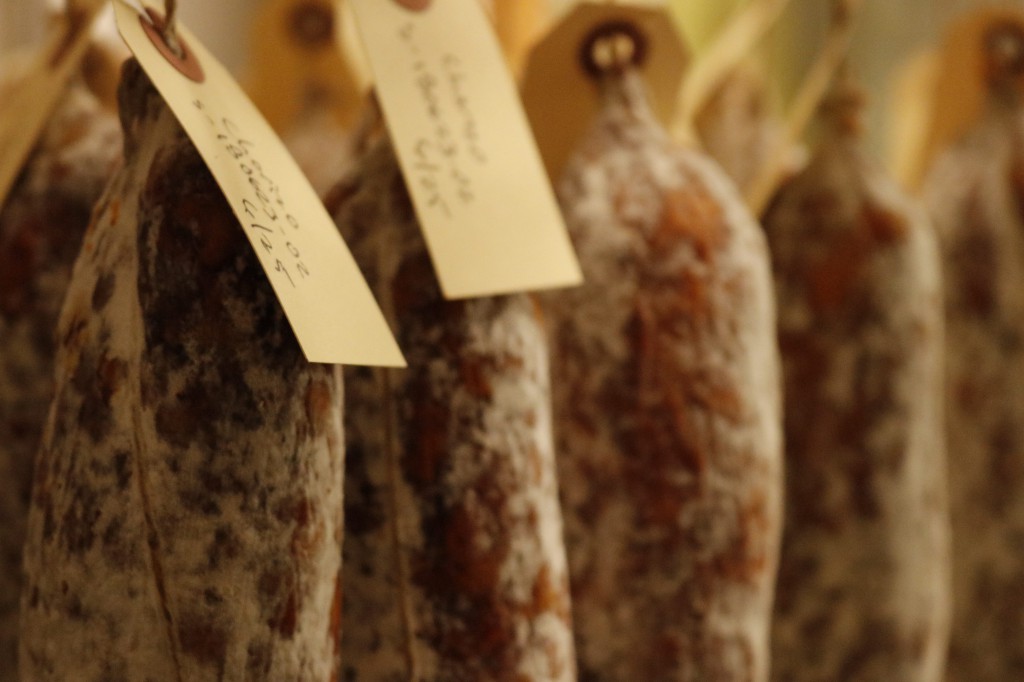 The use of antibiotics in agriculture has become a controversial topic. According to the Center for Disease Control and Prevention, “Antibiotic use in food animals allows antibiotic-resistant bacteria to grow and crowd out the bacteria that do respond to antibiotics.” When people are exposed to resistant bacteria they are more likely to require hospitalization and suffer from a severe form of a typically treatable disease.

Starting with superior, antibiotic-free products is critical to making a high-quality product. But it is also the love, care and, most importantly, the time involved. “We made a country ham when we opened our doors in October 2015. It was ready to be served 27 months later, this past February, at the Charcuterie Masters competition in New York,” he said.

Miner won the title of Grand Champion at the competition. “We won against 100 other companies,” he said. “We had been in business for two-and-a-half years, so we’re really brand new at doing this. It’s humbling to be among the best of the best in the country.”

Not only is Miner proud of the quality of his meats, but also that he uses the entire animal. “Total utilization is the name of the game. If we’re not using the whole animal we’re wasting money,” he said. “With the head we make head cheese. We make bacon out of the jowls too, a face bacon. We don’t seem to have a hard time. The skin we’ll make into chicharrones or dry it and sell dog treats.”

Head butcher Forbes Rigsby said it was challenging to find uses for the organ meat.  “Probably the kidneys are the hardest to use. I turn them into dog treats.”

Miner added: “We use the bones to make broth and soups. During the summer months the bones are the hardest because people don’t want to come in and order a hot soup. But in the winter, we can’t keep enough bones around.”

Miner said the thing he enjoys most about his business is working with his team. “Attention to detail is so important to what we do and everyone around here is incredibly focused. We try and keep it light around here. We are always pushing ourselves and trying new things,” he said 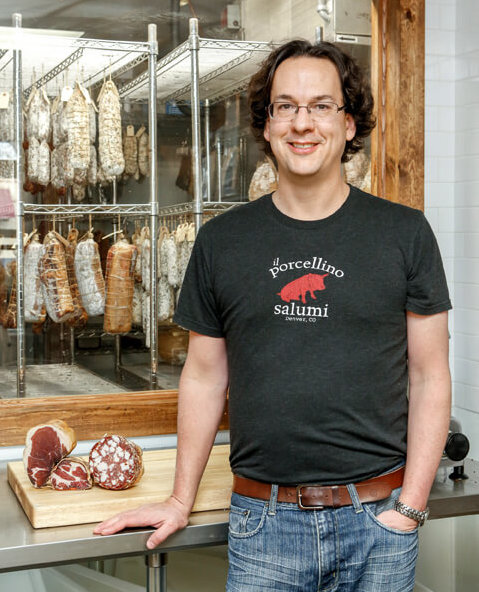 Miner, a father of two, said his children enjoy coming in to the shop. “My son is generally interested in whatwe do. If you ask him what he wants to do when he grows up, he wants to ‘take over daddy’s business,’” he said. “They love coming in here. They know it’s very much a family vibe, a family business. It’s neat for them to see how their food is made. “

Despite the young age of the company, there are plans for expansion. Il Porcellino recently opened a large-scale production facility in Basalt, Colorado, and Miner plans to expand the business even further.

“We love what we do; we’re a growing business; we got some things on the horizon. Our next big project is like nothing else in the whole country. I can’t say too much about it, but we are really excited about it.”

He told a reporter from 5280, “Our goal is to get our product out into the local retail market and then build our dream facility: a 20,000 square-foot full meat processing facility here in Denver.”

You can find Il Porcellino Salumi products at Mercantile dining + provision in Union Station, Cured in Boulder and a host of other retail locations around Colorado.

You can also find their salumi in our Celebrate Local Harvest Basket!

More information about Il Porcellino Salumi and a full list of available products can be found on its website.