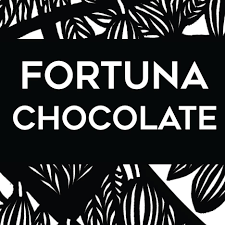 It all started in Japan. The nation is better known for its delectable raw fish then inspiring future chocolate connoisseurs. But that’s where Sienna Trapp-Bowie, her husband Aldo Ramirez Carrasco and her brother Spencer Bowie first began to explore the food world as an experience rather than simply sustenance. The time, care, quality and stories that accompanied the Japanese culinary tradition impressed the three and aligned with the business concept the trio knew they wanted to implement. Enthused by their experience in Japan, they headed to Denmark to visit an exceptional brewery and learn about the life and the traditions of artisanal brewers. 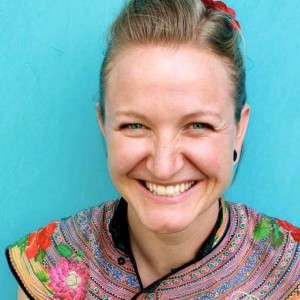 The facility in Denmark focused on quality and craftsmanship rather than large-batch brews that often sacrifice quality for mass-production. The old-fashioned techniques used by the brewers challenged the three.

“We got an idea of what it would be like to run an artisanal business that was very high artistry and very low technology,” Trapp-Bowie said. “The only electricity they used was a grinder used for the barley and a tractor they used out in the fields. We were really impressed by that.”

They came to an arrangement where they would participate in the brewing in an internship-like exchange. “We learned about living the artisanal food makers life, but also the kind of standards that you need from the beginning and that you need to adhere to,” Trapp-Bowie said.

From Denmark they traveled to Carrasco’s native Mexico. “We were talking about what ingredients hold importance in terms of origin and identity for our part of the world,” Trapp Bowie said. “We quickly came upon cacao.” 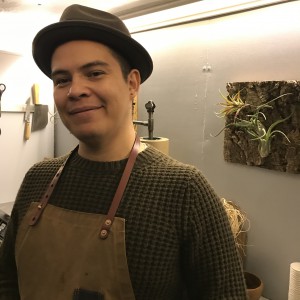 Trapp-Bowie and Carrasco discovered an article written by Nisao Ogata, a professor and biologist at the University of Veracruz. “He’s a cacao wizard, a wealth of knowledge and is involved with local farmers in the area,” Trapp-Bowie said.

Nisao brought Trapp-Bowie to local cacao estates in the northeast part of Oaxaca, bordering the Mexican state of Veracruz. “It was the first time we had ever seen a cacao tree growing in real life.”

Twenty families in the area grow highly-prized cacao beans. The growing process takes about three years until the trees produce a worthwhile and bountiful harvest. A recent harvest this year yielded some cacao but not enough to be financially viable yet. The team at Fortuna maintains contact with the first growers they met and hope to trade with those farmers in near future.

Cacao quality is a paramount concern to the company, but their business also strives to maintain an ethical and just business model. Fortuna Chocolate is dedicated to real and impactful trade. It refuses to allow the commodities market nor fair-trade standards dictate the price of cacao. “Sometimes we end up paying five times the fair-trade prices,” Trapp-Bowie said. “In many cases fair-trade prices are not actually fair.” 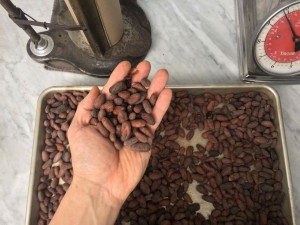 Trapp-Bowie said the company prefers a more personal approach to buying the beans. “We like the idea of person-to-person trade across the border,” she said.  “We don’t feel in any way that we are a charity. We’re not just giving an opportunity to third-world farmers. When we come to the table we come as equals.”

With 20 kilos of their equitably purchased cacao, the three settled in Boulder, Colorado, Trapp-Bowie and Spencer Bowie’s hometown. The chocolate troika set-up shop in a 26-foot, former traveling library, truck and started making chocolate in 2015.

Currently the three sell truffles, slabs, drinking chocolate and other items through the truck’s side window. Trapp-Bowie loves the face-to-face salesmanship. “We wanted a space where you can hang out, drink a cup of chocolate and talk about the growers who grew this varietal of cacao,” she said.  The chocolate truck can often be found at the Boulder Farmer’s Market. 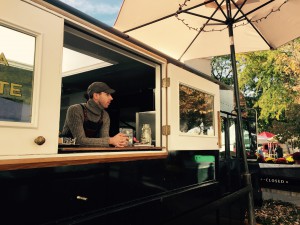 Fortuna plans to open and share another workspace in October with a team of chefs from Basta in Boulder. There are also plans to open an interactive retail space with other similarly-minded, food entrepreneurs in the Dairy Block in Denver sometime this fall.

The Denver Botanic Gardens provides fresh herbs for the team’s creations. The tropical conservatory, located on the grounds, provided Fortuna with cacao beans grown in the facility. With the beans, Fortuna made a pound of what was probably Colorado’s first truly local chocolate.

Fortuna Chocolate’s products can be purchased at Mercantile dining + provision in Union Station, the Denver Botanic Gardens and Cured in Boulder. 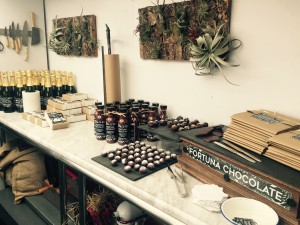 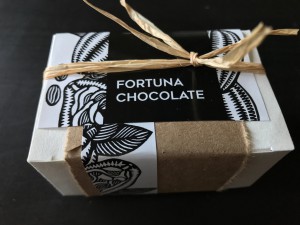 Thanksgiving may look a little different this year, but you can still count on your local farmers and bakers to bring staples such as bread, apples, and potatoes to your dinner table.   Join us in celebrating sourcing food locally, seasonally, and organically to...

New Partnerships & Kids Cooking at Home September was a big month for Slow Food Denver. While continuing to expand our youth education programming, we are devoting significant time and energy to increase kids' access to healthy, nutritious and locally grown food....